What Is Text-dependent And Text-independent Voice Biometrics

Voice biometrics is an innovative security approach that verifies a person’s claimed identity based on a speech sample (voiceprint). Such an authentication method may be much more effective for voice-based remote communications than other solutions. There are two significant types of voice biometrics: text-dependent (TD) and text-independent (TI) biometrics. In this article, we will review both techniques and the overall voice biometric advantages.

Most of the current biometric-based authentication options have their limitations. Fingerprints, face, and iris are all static and can be replaced by malicious actors. There are cases when fingerprint databases leak to the darknet and then being sold on the cybercrime markets. Furthermore, such leaked fingerprints may be used to 3D print replicas with sufficient quality to fool fingerprint scanners!

In turn, voice is as unique as a fingerprint but is much harder to replicate. Our bodies are matchless, which directly affects our voices. Pronunciation, emphasis, speed of speech, accent, and timbre vary from person to person, and it is almost impossible to mimic all these parameters simultaneously.

Voice biometrics is built around using the voiceprint as an additional security token for more effective verification and authentication. Here are two types of voice biometrics. Let’s have a look at them.

What is Text-dependent voice biometrics?

As it is clear from the name, text-dependent biometrics depends on the phrase the person has to pronounce. Such text is often called a “passphrase.” The main idea here is that as voices are unique, then we can analyze passphrases and compare them to the samples of the person’s voice for matching.

Text-dependent biometrics mechanisms are often used in the IVR systems for authentication, and can sometimes be met on mobile or the web. Usually, the passphrase consists of three or four words; for example, the system may ask the caller to repeat randomly generated numbers. In this case, the users interact with the vocabulary-dependent system. Such authentication mechanisms are built around the concept that the potential imposter will not be able to record the victim’s voice pronouncing these exact words or numbers.

Though the vocabulary needed for authentication is usually limited, it is tough for malicious actors to get the voiceprints that can be successfully used to bypass such security systems.

The AI automatically analyzes the voice and matches it with a pre-recorded voiceprint in less than 20 seconds.

Unlike text-dependent biometrics, the text-independent approach assumes that users are not restricted to some predefined phrases. The authentication is performed during the usual conversation. The system analyzes the caller’s voice patterns and compares them to the pre-recorded voiceprints to verify the identity.

The most common scenario of text-independent voice biometrics is authenticating callers while they speak to call center agents. The technology by Neuro.net can completely automate this process. In this case, the human caller will talk to an AI-based voice agent that can understand speech and react with a voice indistinguishable from a human.

The AI automatically analyzes the voice and matches it with a pre-recorded voiceprint in less than 20 seconds. While the person describes his or her problem, the system automatically performs authentication. This reduces the time spent on the caller verification by 66%.

Brands can use voice biometrics to solve multiple security-related issues and improve the overall customer experience. The list of use cases includes:

Customers get upset and churn when they can’t get instant support and have to wait on the phone or talk to an IVR. Text-independent biometrics solution by Neuro.net allows seamless authentication that is performed while the user is explaining his or her issue. Moreover, the person is speaking to a virtual assistant that is indistinguishable from a human. So, wait time on both authentication and cutting to the chase is eliminated.

Another application of voice biometrics technology is fraud prevention. The AI-based system can recognize the caller by matching his or her voice to the pre-recorded customer voiceprint. As our voice’s sound is as unique as fingerprints, it is impossible to trick the system by mimicking the voice or playing pre-recorded audios. Also, it is possible to create a database of blacklisted voices associated with the confirmed fraud attempts.

Companies with a distributed workforce use voice biometrics to make sure the specific information can be viewed and altered only by trusted employees. Voice-based validation for internal operations like help desk or call center contact requests helps mitigate the risk of insider attacks and fraud. AI efficiently fights social engineering when cybercriminals mimic legitimate employees to access essential data or break into the corporate infrastructure.

What is better to use?

For the customers, text-independent biometrics is a more convenient way of identification. In this case, the person can freely talk to an agent (a human or an AI-based) and simply describe the issue. When the caller finishes speaking, the system will identify him and either allow further interaction or no.

Though there is no ideal technology and text-dependent and text-independent biometrics have some error rate in the last case, it is minimal. For example, Neuro.net’s voice biometrics technology based on Text Independent Engine reaches a typical equal error rate (EER) below 2%.

Voice-based authentication solutions turn out to be more efficient than other biometrics. This is why companies use both text-dependent and text-independent biometrics to improve their security level, prevent fraud, and improve both customer and employee experience.

That said, text-independent biometrics is more user-friendly and allows businesses to verify callers to their call centers during problem-solving conversation. And using AI-based agents by Neuro.net allows automating the whole communication process for higher efficiency. 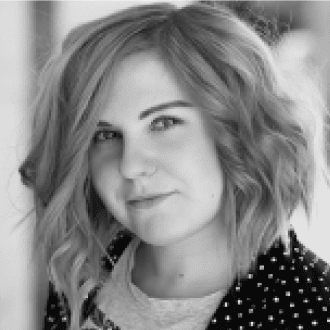